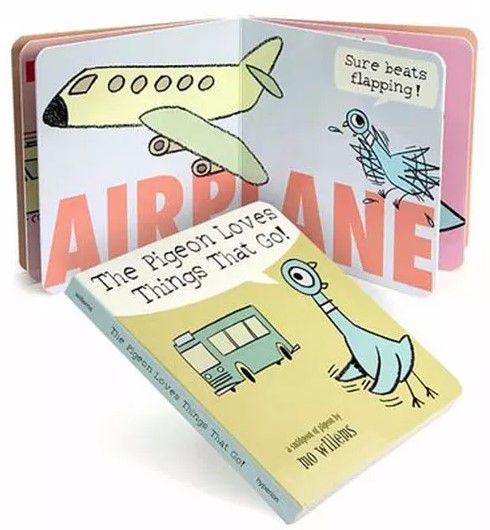 The Pigeon Loves Things that go- board book

In Don't Let the Pigeon Drive the Bus!, the pigeon dreamed of driving the bus. In this board book, readers will see him emoting at the thought of driving a plane, a train, a car, and more, all in his deliriously over-the-top style. Mo Willems is a six-time Emmy Award-winning writer and former animator for Sesame Street, and the creator of Cartoon Network's Sheep in the Big City. Both his first book for children, Don't Let the Pigeon Drive the Bus, and his fourth book Knuffle Bunny: A Cautionary Tale won prestigious Caldecott Honors from the American Library Association. The New York Times has called him "the biggest new talent to emerge thus far in the 00's". Mo lives with his family in Brooklyn, New York.